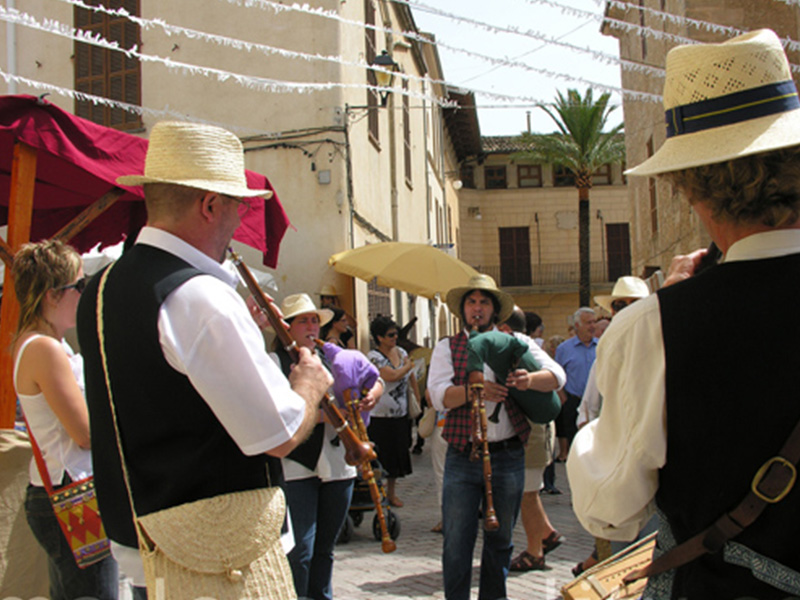 This is the saint’s day festival of Son Servera and it has been celebrated for almost a century. The church of Sant Joan Baptista, located in the square of the same name, did not become a parish church until 1 June 1913. On that date St John became the town’s patron saint. The festive events begin with the inaugural speech and include an extensive programme of cultural, musical and folklore events, as well as an agricultural and handicrafts fair, etc.

As part of the St John’s Day festival in Sant Llorenç a traditional dance of unknown origin known as the Sant Joan Pelut (Hairy St John) is performed. It begins in the church during the offering and after mass the dancers come out into the street accompanied by the “devils”.

This once-lost dance was revived during the 1970s and since then it has been performed every year as part of this important saint’s day festival.