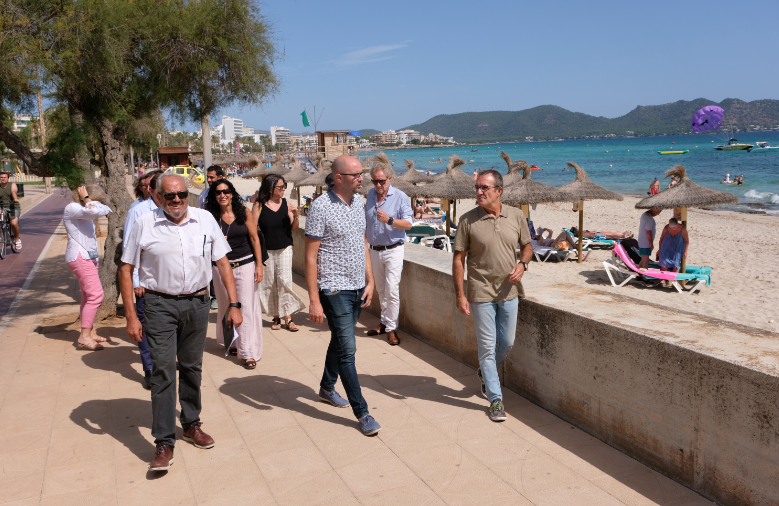 Juan Pedro Yllanes, Vice President and Minister for Energy Transition, Productive Sectors and Democratic Memory, presented the LIFE AdaptCalaMillor project at the Auditori Sa Màniga. This project aims to promote the adaptation to long-term climate change of the beach system and the urban area of Cala Millor bay with the aim of increasing the resilience of infrastructures, ecosystem services and the socio-economy against the effects of climate change.

The European LIFE program is part of one of the financial instruments of the European Union with a large budget earmarked for projects to improve nature, climate action and the environment. The project will have a duration of 5 years and will start on 1st January of 2023.

This project has been promoted and led by the Vice Presidency and Ministry of Energy Transition, Productive Sectors and Democratic Memory of the Government, through the General Directorate of Energy and Climate Change, and in coordination with the Islands Coastal Observation and Prediction System. Balearic Islands (SOCIB); the Mediterranean Institute for Advanced Studies (IMEDEA); the University of the Balearic Islands (UIB); the Institute of Environmental Hydraulics of the University of Cantabria (IHCantabria); the University of Cantabria (UC); the Son Servera and Sant Llorenç Tourism Consortium; the Hotel Association of Cala Millor-Sa Coma; the Conama Foundation, and the landscape laboratory LANDLAB.

The LIFE AdaptCalaMillor project has a total budget of 2,294,047 euros, of which 1,376,424 will be co-financed by the LIFE programme. On the other hand, the Government, through the General Directorate of Energy and Climate Change of the Ministry of Energy Transition, Productive Sectors and Democratic Memory, will execute a total of 419,694 euros to develop the functions of coordination and leadership of the areas of work related to project management and exploitation of results 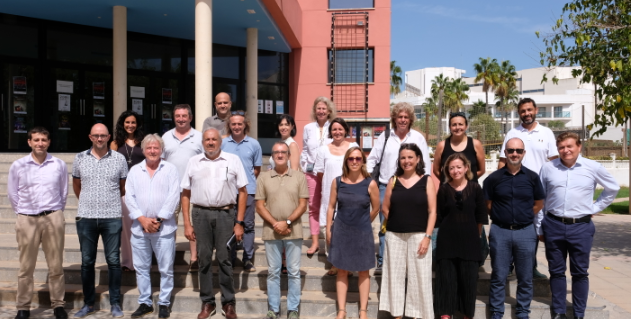 LIFE AdaptCalaMillor will validate new methodologies based on science and participatory and governance schemes, such as the involvement of citizens in decision-making on coastal planning and management, which increase the resilience of urban beaches.

Thus, the application in Cala Millor will lead to the definition of a long-term adaptation project based on the understanding and agreement of a wide range of actors who share interests and skills in this bay. Its implementation will minimize the physical, environmental and socioeconomic effects expected for this section of the coast of Mallorca.

Long-term adaptation projects must include “green solutions” as alternatives and need an integrated multidisciplinary approach with a solid scientific base to have a significant resolution at the local scale, and thus build the decision-making process on solid predictions.

In the geographical area – which extends 1.5 km2 of the microtidal beach of a semi-enclosed bay, a perimeter of 5 km and a width of 1.5 km from the coastline to approximately 20 m deep – maps of hazards, vulnerabilities and risks for the physical, environmental and socioeconomic dimensions related to the scenarios for the medium and long-term scales of 2030 and 2050.

Next, following an ad hoc integrated multidisciplinary methodology, impacts and associated risks will be combined and evaluated to prepare multi-risk maps that will serve to decide on integrated adaptation strategies at a local scale. This methodology will include compatible urban, legislative, socioeconomic, physical and environmental measures. Lastly, a conceptual and preliminary urban development plan for the Cala Millor coastline will be drawn up for a total area of ​​85,795.4 m2.

This process of defining adaptation strategies and specific development projects will be the result of a progressive participatory and multi-government process that will be carried out throughout the project.

It should be noted that the impacts of climate change on the coast of the Balearic Islands based on projections for 2050 and 2100 point to the loss of beaches and the damage to buildings and infrastructure. Specifically, in Cala Millor, as in many coastal places in the Balearic archipelago and in other Mediterranean regions, this will affect tourism, the main economic activity, since its services are located on the coastline in typical “sun and beach” destinations.

According to the PIMA ADAPTA COSTAS project, the urban beach of Cala Millor would be affected by a loss of dry beach of between 33 and 66% in 2100, both scenarios considering less favorable climatic conditions. The erosion process would be irreversible for any event, since the bottom of the beach is limited by the promenade and both the physiography and human uses make it impossible to retreat.

In terms of socioeconomics, around 74% of the inhabitants of Cala Millor work in the service sector and the rest work in the construction sector, closely related to tourism. At the end of the summer season, profits can reach 75 million euros in that location alone.

For these reasons, the socioeconomic impacts of the effects of climate change in the municipalities of Sant Llorenç des Cardassar and Son Servera will be critical. Both municipalities will be affected by the loss of the recreational ecosystem benefits offered by the beach. All climate scenarios and time scales, including the current one, present losses, with a significant impact on Sant Llorenç des Cardassar.

Finally, it should be noted that this proposal aims to incorporate the competent national, regional and local authorities of the coastal zone to be informed and trained on science-based risks and integrated adaptation solutions for Cala Millor. The working group formed during the project will be the main tool for articulating governance, since it will bring together at least 16 public administrations that share responsibilities in the coastal area, such as the Spanish Office for Climate Change and the General Directorate for Coast and Sea; the general directorates of the Autonomous Administration of Energy and Climate Change, Natural Spaces and Biodiversity, Water Resources, Territory and Landscape, Fishing and Marine Environment, Work, Economy and Health, Tourism, Maritime Transport and Ports; the departments of the Council of Mallorca for Urbanism and Territory, Sustainability and Environment and Tourism; and the Son Servera and Sant Llorenç Tourism Consortium. The government process will also include the private sector, which will be represented mainly by the Hotel Association of Cala Millor-Sa Coma.