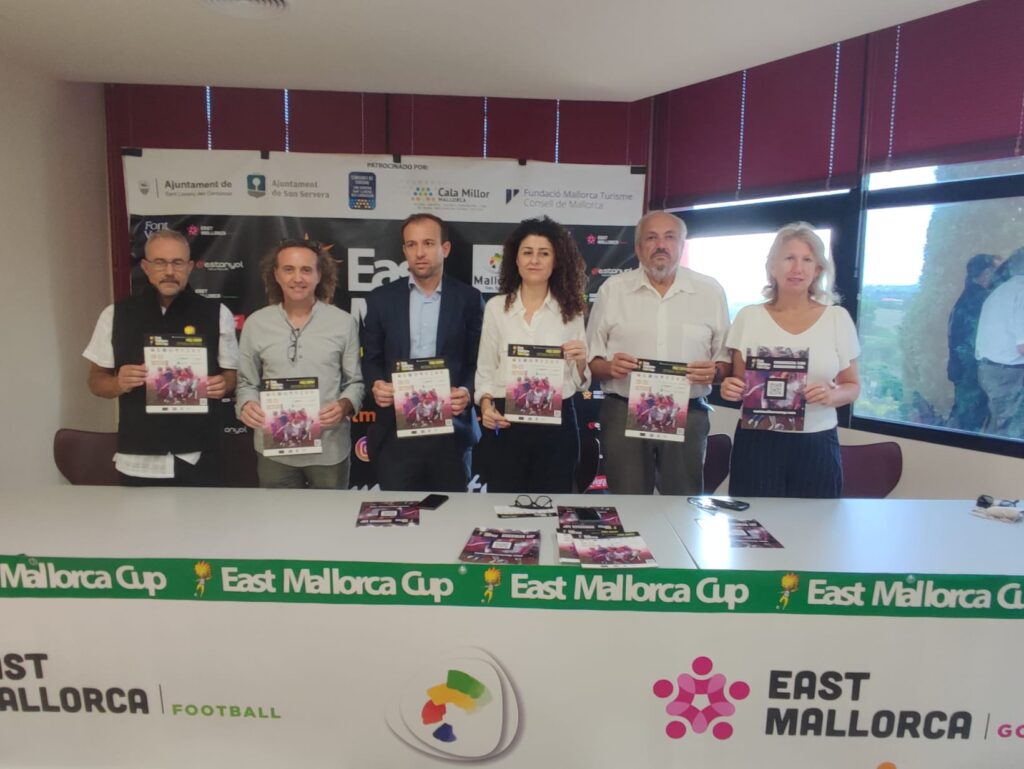 From this Thursday to Sunday, the East Mallorca will experience the 4th edition of the International Women’s Football Tournament “the most important in Europe”. More than 600 players between the ages of 14 and 16, divided into 32 teams, will compete in the fields of Cala Millor, Sant Llorenç des Cardassar and Son Servera.

The tournament is sponsored by the Mallorca Turisme Foundation (Consell de Mallorca) and the Son Servera and Sant Llorenç des Cardassar Tourism Consortium and was presented this Wednesday at the Sa Màniga Auditorium in Cala Millor, with the presence of the organizing group and the local authorities.

The event was attended by the Councilor for Tourism of the Son Servera Town Hall, Pep Servera; the Councilor for Tourism of the municipality of Sant Llorenç des Cardassar and president of the Cala Millor Tourism Consortium, Nicolás Bordal; the president of the Hotel Association of Cala Millor-Sa Coma, Inés Batle; the tournament director, Cristóbal Tudurí; the mayor of Son Servera, Natalia Troya and the managing director of the Fundació Mallorca Turisme, Miquel Pastor. 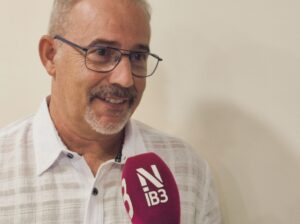 Tudurí has ​​been “proud” of directing, one more year, “the international women’s youth soccer tournament that has become the most important reference in Europe in these categories”, as he has insisted. He has also highlighted the media coverage of the competition and has thanked the media in general and IB3 TV (the regional television of the Balearic Islands) for their monitoring.

The director has announced that, for the first time, Movistar +’s ‘Ellas’ television channel will offer live matches for the quarterfinals, semifinals and finals (U-14 and U-16) on Saturday and Sunday, made which is a “big step forward” for us. The games will also be streamed.

The Menorcan organizer has stated that women’s football, right now, is “on the crest of the wave in Spain” and has pointed out that “it is growing in importance and visibility”.

For his part, Nicolás Bordal has described the East Mallorca Girls Cup as the “most important tournament in Mallorca”, and has announced that the competition will serve to “put the climax to the sports season in the area”. “We have had great cycling or triathlon events and the East Mallorca Girls Cup will be a great end to the season”, he pointed out.

In her turn to speak, Inés Batle was also “satisfied” because “the holding of this tournament means that the hotels in the area can stay open more days and this is very much appreciated”. “I am very grateful and I think which is an issue as emotional as it is economic”, he pointed out.

For his part, Pep Servera, stated that it is “a pleasure” to host this new edition of the East Mallorca Cup. “The level of the young soccer players is maximum and, furthermore, the tournament represents an impressive tourist promotion”. “It is a brutal event”, she has settled.

The mayor of Son Servera, Natalia Troya, has referred to this kind of “double insularity” suffered by the Llevant region, because, as she said, “we are very far from the capital, Palma, and thanks to the East Mallorca Girls Cup we are going to have a fantastic end to the season”. “Women’s football is becoming a great backbone of society,” she pointed out.

The managing director of the Fundació Mallorca Turisme del Consel, Miquel Pastor, has considered “a pride” that Mallorca maintains the organization of the East Mallorca Girls Cup and has thanked the rest of the institutions that sponsor the tournament for their involvement in it. 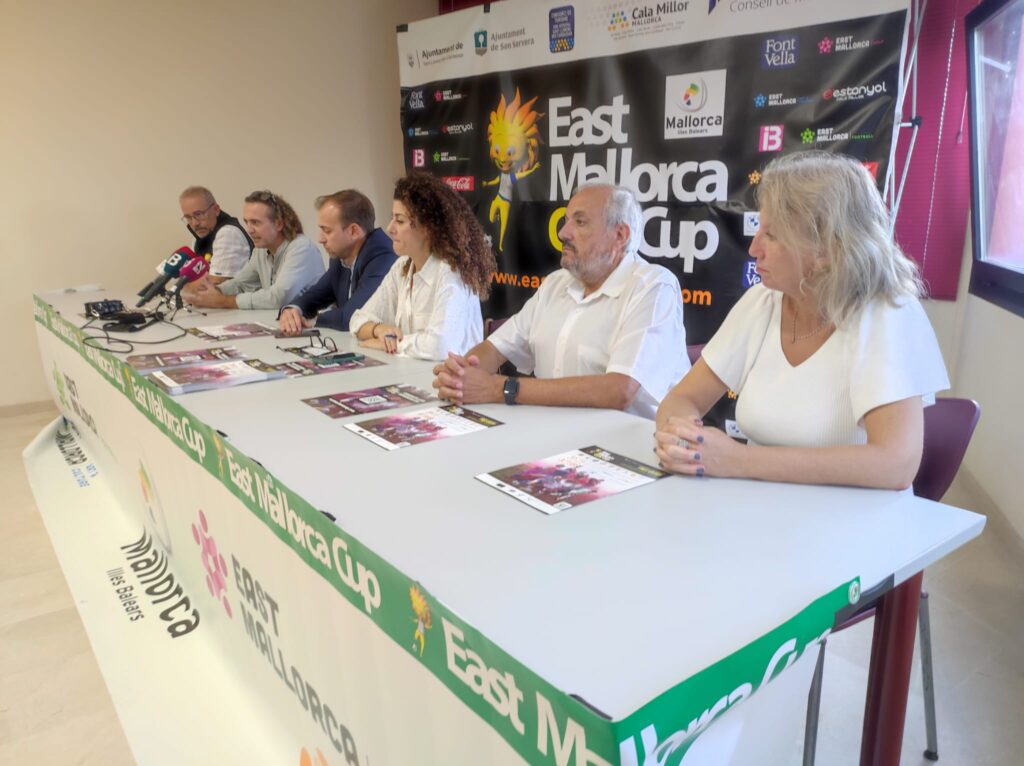 The first matches will be played this Thursday at the Son Servera, Cala Millor and Sant Llorenç des Cardassar fields, with free admission for the public. 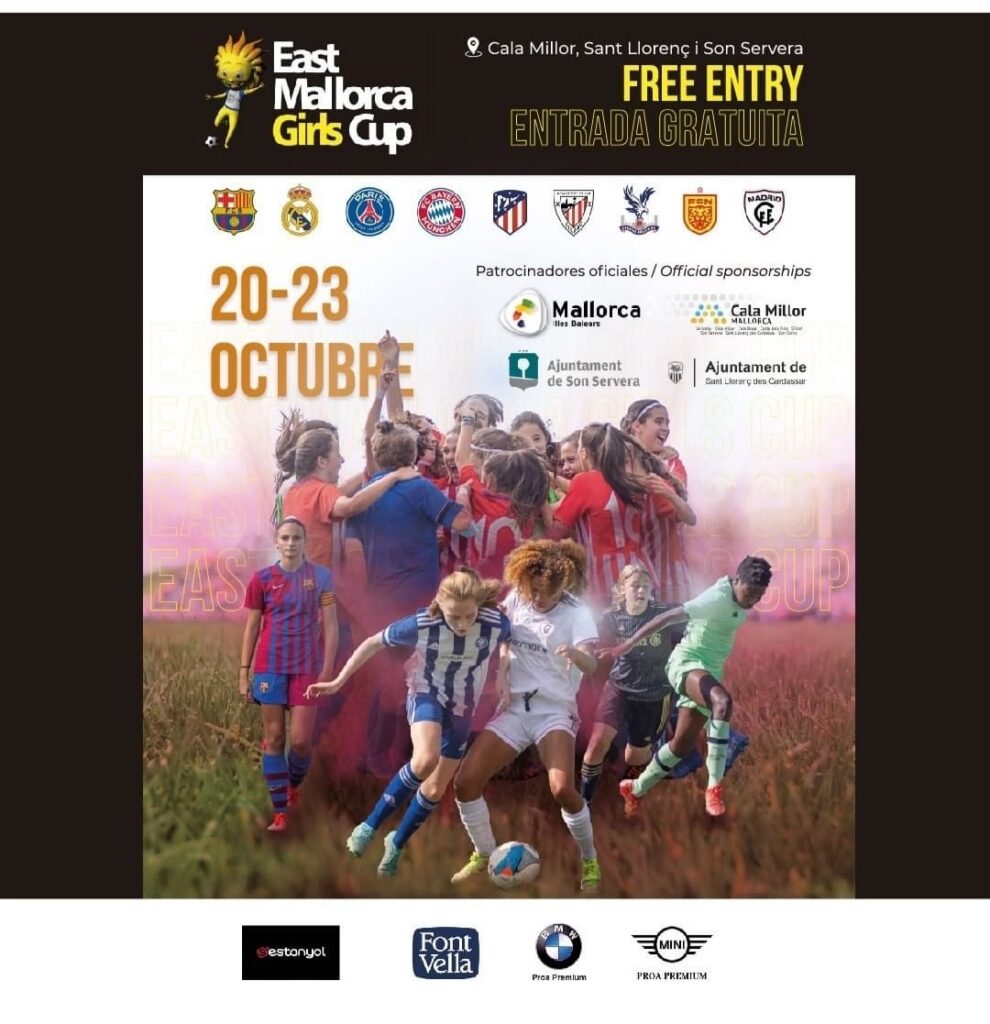